Many can relate to the frustration of a poorly located WiFi router. Lagging video feeds, network dropoff in the basement or bedroom. It’s not ideal, but Netgear’s new Orbi WiFi System is promising to fix poor WiFi networks.

Orbi enables high-speed WiFi to be accessible throughout a home and property, eliminating dead zones. According to Netgear it is the only system to leverage Tri-band WiFi, which has the unique capability of providing a dedicated wireless channel between the Orbi router and each Orbi satellite (your network extenders). Tri-band WiFi is similar to a virtual wire, delivering maximum speeds no matter how many devices connect. 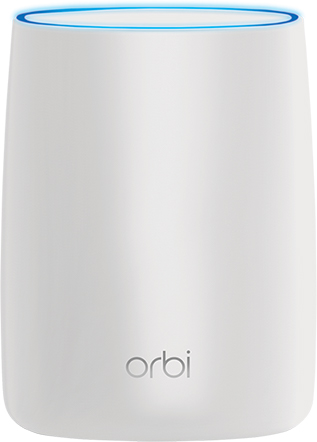 “The connected home has become more data hungry than ever, and video consumption is the primary driver,” says Brett Sappington, senior director of research, Parks Associates.

“Consumers are streaming video to every available screen from an increasing number of OTT video service options. In the U.S. market, the average broadband household has over seven connected CE devices that can stream video. In addition, emerging smart home devices require always-on connectivity to function properly. Consumers have come to expect ubiquitous, high-speed connections throughout the home and rely on Wi-Fi for the in-home connectivity and bandwidth that they need.”

The installation of Orbi is designed with simplicity in mind and according to Netgear is completed with a few clicks from any mobile device or browser. Intended to act as a full-featured router, Orbi can plug into your gateway or modem. If you would like to upgrade the WiFi on your service provider gateway, simply plug Orbi into your existing gateway and enjoy.

The Orbi Kit includes two devices, a router and a satellite, that are pre-paired together for easier out-of-the-box setup. There is no need to guess the proper placement of the satellite nor is there a need to locate it within line-of-sight of the router. Simply connect the Orbi router to your internet modem or service provider gateway, and place the Orbi satellite in a location that is in the center of the home. Within minutes, the home will have a single, secure, high-performance WiFi network all under one network name. 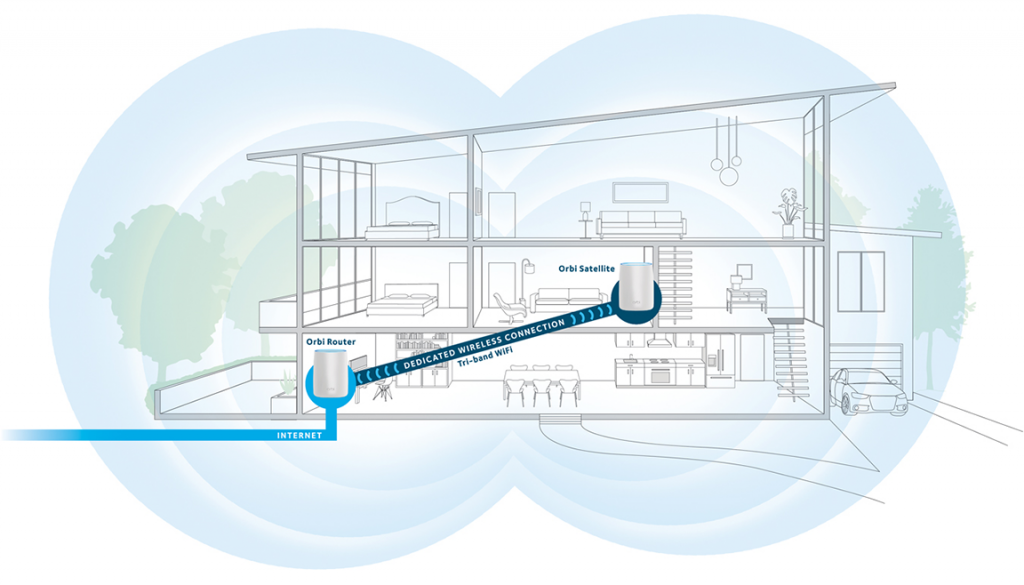 “In designing Orbi, Netgear has applied lessons learned from two decades of home WiFi innovation to address the current network challenges of architectural design, dense building materials and large square footage,” said David Henry, senior vice president of home networking devices for Netgear. “Additionally, today’s home networks are now expected to support more devices all of which are competing for your bandwidth. So, the emphasis should not only be on WiFi coverage itself, but also the performance at the furthest edge of that connection. For example, imagine the ability to stream your latest video binge in HD from poolside or streaming music over WiFi to the basement.

“The strength of Orbi lies in its Tri-band WiFi, which enables you to enjoy the same level of connectivity throughout the entire home. Netgear Orbi delivers more high-speed WiFi connections to more devices through this new advanced WiFi technology that connects automatically and simultaneously to every WiFi-enabled device in the home.”

The Tri-band WiFi that powers Orbi includes a dedicated 1.7Gbps 5GHz band solely for extending internet speeds to Orbi satellites. This enables the other two WiFi bands to be fully dedicated bands for all connected devices across an entire home. Tri-band WiFi ensures that Orbi WiFi System provides both reliable WiFi coverage and maximum internet speed throughout your home.

An Orbi WiFi System with router and satellite can easily cover an area up to 4,000 square feet of a typical home, which addresses the large majority of U.S. homes today. Within the calendar year, Netgear will be offering kits with more satellites for larger homes and will also make satellites available as add-ons for the Orbi System. With the introduction of Orbi, roaming from room to room, floor to attic, and even the basement to the yard can now be done with consistent, uninterrupted access to the fastest WiFi speeds available. Forget video buffering and eliminate dead zones to enter a world where you can enjoy pure, seamless high-speed connectivity.

NETGEAR Orbi WiFi System with one WiFi router and one satellite will be available worldwide this September from major retailers at an MSRP of $399.99 in the U.S.

It’s Not About Home Automation Apps, But About APIs

Building A Smart Home From Scratch